A picture of AKA was shared on Twitter which left Mzansi with broken hearts. It was a picture of AKA sitting down on a chair staring right at the coffin that had her late fiancee. No words were said but just looking at the picture it says a lot. A man who just lost the love of his life, in pain and trying to keep up with reality. See picture below;

This picture sums up everything that he is going through. And people felt his pain by just looking at him and seeing how he was staring at his late fiancee’s coffin. These broke the hearts of many South Africans. No one deserves such pain and hurts as people react to this picture. Some couldn’t hold it together. This picture says a lot and it is really heartbreaking. One minute you are celebrating with the love of your life and the next minute they leave you without even saying goodbye. And not knowing why they left, makes things even worse. See people’s reactions down below;

The South African entertainment industry is among the most competitive in African and the world. As such, becoming a household name in the region requires talent, dedication, patience, and a lot of hard work. This industry is filled with so many talented people who are very much capable of entertaining their fans with any hesitation. One of the most talented actresses in Mzansi is popularly known as Dawn Thandeka King. She is a South African actress who is popularly known for playing the role of MaNgcobo on Uzalo. Whoever says dreams are achieved when one is young, Dawn Thandeka King is here to reverse that notion. Prior to having the limelight shining on her the actress works in the tourism sector.

On Uzalo MaNgcobo and Nkuzi are currently getting married for real this time without a second wife because their first wedding was a absolute flop due to Nkuzi deciding to marry the second wife without Mangcobo’s knowledge. Currently this actress took to social media to share her one screen wedding as she composed her post “This was our perfect, perfect wedding”. Share your opinions, like and kindly share. News broke on Sunday alleging that AKA’s fiance Nellie Tembe jumped from the 10th floor in a hotel in cape Town.

The Tembe and Forbes family released a statement confirming her passing however in a statement that was released by the two families it never stated she jumped or how she died.

When news broke a lot of people started speculating Nellie Tembe had a mental health issues.

Yesterday Maphephanda released a program of an online prayer in loving memory of Anele Tembe. The online prayer is at 6 pm to 7pm every day until the day of the funeral. May her beautiful soul rest in peace. US-based actress Nondumiso Tembe has opened up about how heartbroken she is at the death of her younger cousin Anele “Nelli” Tembe. 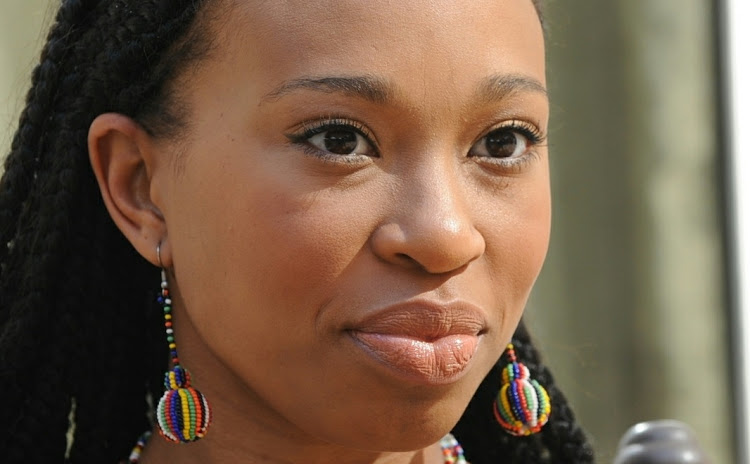 Nelli, who was engaged to popular rapper, AKA, died on Sunday morning. The 22-year-old apparently fell from the 10th floor of a Cape Town hotel, and police are still investigating the circumstances surrounding the death.

Nondumiso shared a picture on Instagram of the cousins kissing, stating: “words fail me right now.”

In her touching message to Nelli, whom she referred to as “my baby,” Nondumiso expressed how she and their family will forever hold her in their hearts. She also went on to thank those who have sent messages of support to the family.

The former Generations actress shared a short note on Instagram, expressing how pained she is; she also appreciated those who have comforted the family in a time like this.

“My baby, Ngiphelelwe amazwi – Words fail me right now. We will hold you in our hearts forever. Lala kahle, mbali yethu  Thank you so much to everyone who has sent kind words of comfort for our family, ngiyathokoza kakhulu,” she said.

Nondumiso is a cousin to Nelli, and lots of persons are still in shock at her death, which occurred on Sunday morning.

Londie London is turning 29 today and she is over the moon as she thank God for keeping her alive to see this day. 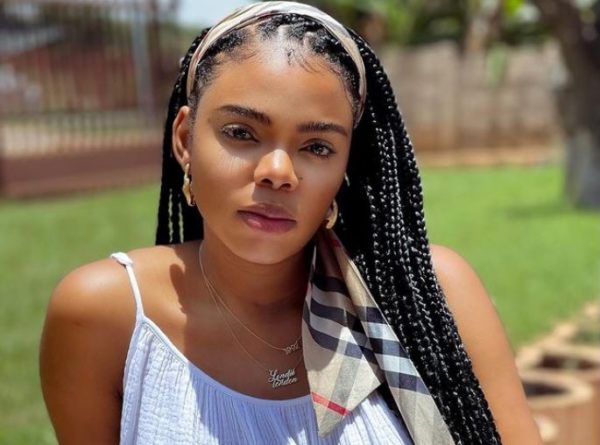 The star has been counting down for days as she couldn’t keep calm for this day.

Well, the day is finally here and Londie shared a beautiful picture of herself. 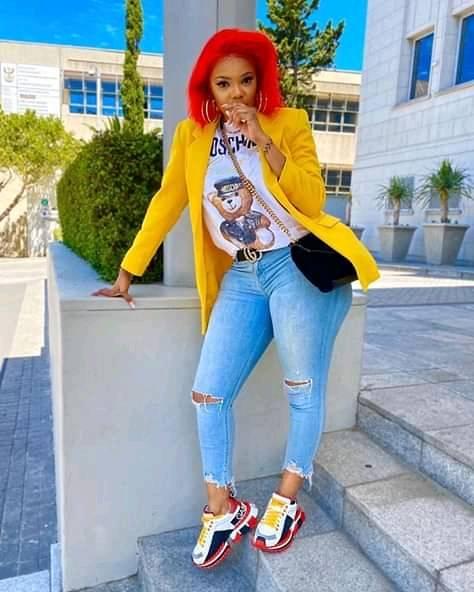 Happy birthday to me”

The musician welcomed her baby boy in February 2021.

Let’s take a look at some few things about the star:

Jeannie D has left a mark in every venture that she has tried. Her career started when she was young when she learnt the art of taking risks and going for her dreams. She gave her best as a radio

presenter and later on took the risk of trying out being a TV host. She is famous for her shows; the Top Billing and the Afternoon Express show. She is also the reason behind the Jennie D perfume. You probably have asked yourself the question, who is Jeannie D? How about we tried to figure out the answer to this question.

Jeannie de Gouveia, popularly known as Jeannie D, is a South African television presenter, actress, radio DJ, and entrepreneur. She is famous for her angelic voice through a radio show that she worked in. The show is aired on Good Hope FM radio. She is also renowned for her career as a presenter on Top Billing show. Apart from her job, she also took part in the second season of Strictly Come Dancing, where she lasted for six weeks. The show airs on SABC2. 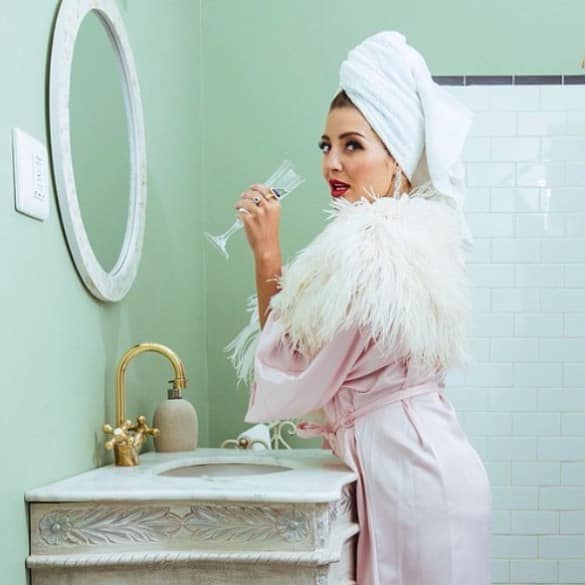 Young and attractive as she may look, you might be interested in knowing when was she born, and maybe her age too. She was born on the 13th of April 1982; hence, her age as of date is thirty-seven. She, however, does not look like it. She was born in Johannesburg and spent her childhood life there. 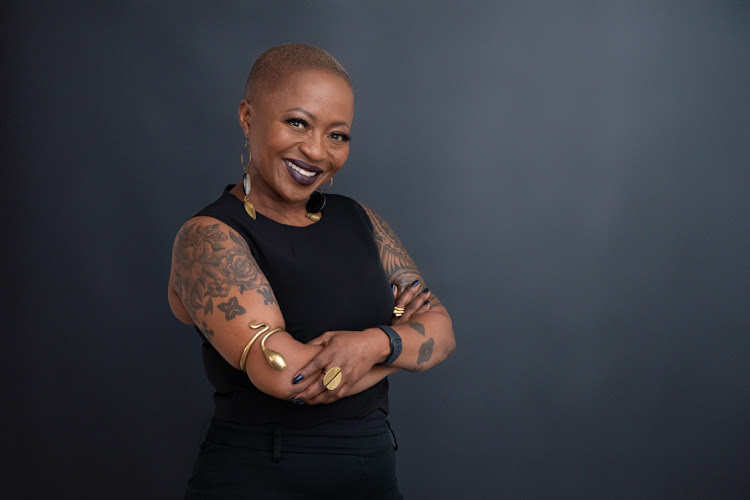 She graduated from Carleton College in Minnesota, USA in 1995, with a diploma in International Relations. She lived in the United States for six years before returning to South Africa.

She is an accomplished television director and producer, and is no stranger to radio as she worked as a producer at Kaya FM, from 1997-1998. 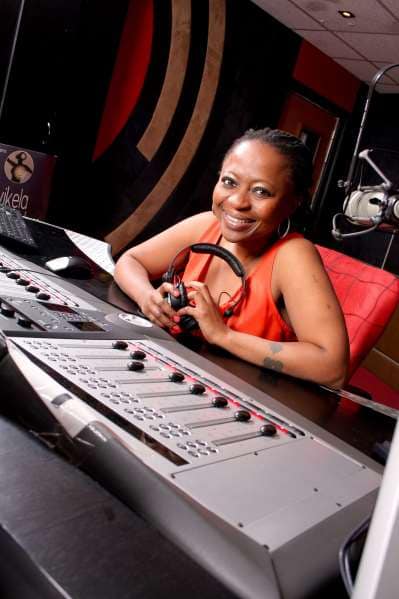 They also produce the SABC1 drama series A Place Called Home, based on the novels “Finding Mr. Madini” and “Great African Spider Writers” by Jonathan Morgan, about a writer who inspires and finds inspiration from homeless people living in Johannesburg.

Matsunyane worked as a commissioning editor for local drama series at SABC1, South Africa’s biggest broadcaster, from 2002-2004. Her projects included the highly successful drama series Gaz’lam and Tsha Tsha, as well as the country’s most-watched programme, the soapie Generations. 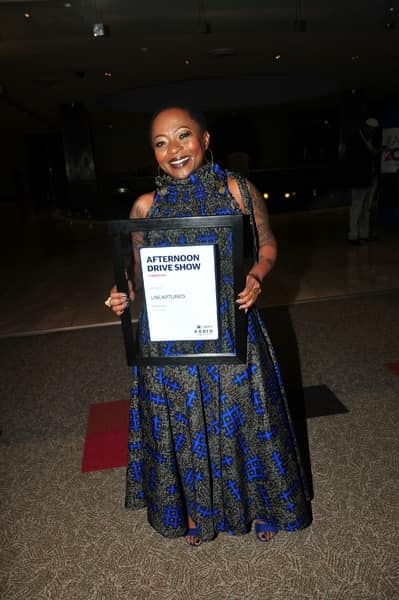 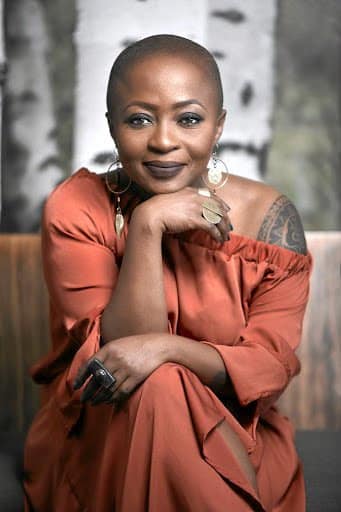 She was also a writer on the award winning drama series Yizo Yizo II.

She left the SABC to take up the job of editor of O, The Oprah Magazine in South Africa, in 2004. She held the post until 2006.

At 25 years of age Natasha Thahane buys her self a house , Thahane shared the good news on social media thanking God and her fans for always supporting her.

Natasha Thahane is one of SA’s youngest actors.Born in Soweto ( Orlando East) , South Africa she is a graduate from the New York film academy and has an accounting degree from University of Witswaterand (Wits).

Her father is Thamsanqa Trevor Tutu and her mother is Nomaswazi Mamakoko.

The famous archbishop Desmond Tutu is her paternal grandfather who she stayed with for some time in her life. Somizi Mhlongo must have been amazed , Natasha’s peers or people around her age range mostly don’t own houses or even think of buying them. But she did, and it is a massive achievement. Other media personalities that congratulated her are Gail Malebane and Khaya Dladla.

He’s sweet and humble in real life, just like his onscreen characters.

Even though his schedule is tight because of school – he’s been taking online classes and studying from home under the lockdown – Tshiamo Molobi gives us some time to catch up.

GETTING TO KNOW TSHIAMO

He fell in love with acting when he was in Grade 3. And when he saw the then young actor Junior Singo in a movie, Tshiamo was more certain than ever that he wanted to be an actor too.

“I used to watch a lot of movies and I would be so inspired by them,” the 17-year-old reveals.

And I remember seeing Junior in a movie, and that just showed me I could do it at my age.”

When he told his mom, Ida Molobi, about his ambition, she was supportive and found an agency to help kick-start his career.

That’s how it all began,” he said. Before getting his big break as Lefa in Rhythm City and as Tshepo in The Queen, the young actor did a lot of adverts.

“Eventually, I moved on to bigger things.” Tshiamo grew up in Fourways, north of Johannesburg. He’s an only child raised by his single mom.

The rising star has his whole future planned out – he plans to get a qualification in directing and cinematography once he finishes high school.

“I’ve never worked behind the scenes before, however, I do feel like I could do a lot and I enjoy being on set,” Tshiamo says. When he’s not busy with school or between sets, he enjoys hanging out with his friends, playing sports, and gaming

On TV, Tshiamo plays two young teens from different walks of life, but both are respectful and gentle at heart.

Another thing the boys share is the change to their home lives due to their fathers’ actions. One went from rags to riches, the other from riches to rags.

As Tshepo in The Queen, he’s an underprivileged boy whose father abused him. But his life takes an unexpected turn when he’s adopted by a rich family. In Rhythm City he’s Lefa, a teen from the suburbs who moves in with his extended family in the township after his dad fails to take responsibility for looking after him and his siblings.

“I resonate with Lefa more, we both grew up in the ‘burbs,’ he laughs. “But apart from the background, I feel like I understand him emotionally too. We behave similarly and deal with things in the same way.” Even though he relates more to Lefa, Tshiamo enjoys both roles.

“I play them both so easily, it’s just easy to adapt to a character for me.” And understanding their emotional intelligence is what makes it easy for him.

Tshiamo hopes young people who are inspired by him will have the courage to follow their dreams and be prepared to put in the work. But for now, Tshiamo is focused on school and his two major roles. He hopes to make it to Nexflix very soon, though.

“The production doesn’t matter – I just want to be on Netflix. It is such a great platform.”

Somizi put a beautiful smile on the face of his daughter, Bahumi after he gave her one of his wigs. The media personality has now gone bald and he is loving every bit of it.

Taking to Instagram, the star decided to gift his daughter one of his wigs since he might not be needing them anytime soon or again. In the video, Somizi was seen making jest of his daughter’s wig as he threw down his wig.

Bahumi seems confused at first but was happy immediately her father told her he is gifting her. The excited Bahumi rocked the wig and the two concluded it looks really good on her.